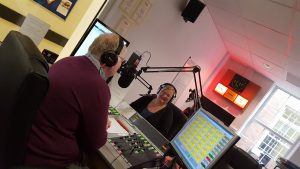 The Flagship show is sponsored by the International Tortoise Centre.

The Flagship Show with Steve & Debbie

Join us as we set sail on an early evening with our album of the week this is where Debbie raids her CD collection and we play four tracks from the same album.  What you Really Bought that?  Steve has always had a strange choice of music we play songs which we bought some time ago and then they were fantastic the record to have. However, over time this love has faded and now these records sit at the back of your collection and to be honest you would be ashamed if someone found them.  We play those types of songs giving them an airing.  You can send us in your choice and the reason why you bought it.   We also have interesting chat, laughs and as always great music.  Why not take part by texting, email, Twitter or facebook.    You can follow the show on twitter @rookwoodflag