Discover the story of Rookwood Sound

Rookwood Sound hasn’t always been around, in fact we started broadcasting in October 1987! Why not take a trip back and find out more about how we began! 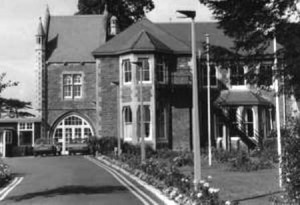 Rookwood Hospital was first built in 1886 by Colonel Sir Edward Hill, for his own occupation. He was a businessman who transported coal around the world. In 1918, Rookwood was taken over for convalescent home. At the end of First World War it was purchased by Sir Lawrence Phillips and presented it to the Ministry as a home for Welsh Paraplegic Pensioner cases. After this it was used by the University Hospital of Wales. In 1932 it became a General Hospital and was used during the Second World War for injured service personnel.

During the 1970s and 80s, Rookwood had eight wards caring for people with spinal injuries, brain injury, stroke, multiple sclerosis, and Parkinson’s disease. In 2001 the Spinal unit moved to ward 4 and 5 with 31 beds for Spinal Injuries and 5 beds for Amputees.

Rookwood Hospital is a long-term rehabilitation hospital, is the specialist centre in the South Wales area dealing in artificial limbs and appliances.

Thanks to Hospital Radio Publications who supplied this picture of Julian.

Rookwood Sound Hospital Broadcasting first hit the airwaves on 31st October 1987 with founder member Julian Brinkworth in the hot seat. Although this was the first day the patients of Rookwood Hospital actually heard the station actually working, things had been going on for three years previously. This period was mainly fundraising and obtaining permission from the hospital authorities.

One of the reasons Rookwood Hospital was chosen was due to the special requirements for the patients who were there.

The volunteers had to raise over £30,000 in order to set the station up from scratch this was done by fundraising from attending school fetes to company sponsorship. The biggest fundraising effort ever undertaken by the station was to hire Concorde for the day. This event brought in a substantial amount of money to the fundraising effort.

In 2002, Julian was on hand to oversee a new era at Rookwood with programs being broadcast 24 hours a day and the opening of a new studio called ‘The Julian Brinkworth Studio’. Until his death in July 2004, Julian remained vice president of the station and a valued member of the Rookwood Sound team.

After the opening in 1987, the service grew and developed and the station was requested by the Health Authority to extend the service to Llandough Hospital.

At the time it was a specialist centre for chest conditions, nowadays its a General Hospital and recently renamed the University Hospital Llandough. 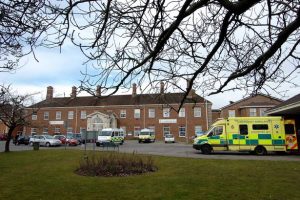 In 2008, Llandough Hospital was renamed University Hospital Llandough as part of the anniversary year celebrations for both the hospital and Cardiff University. The new name reflects its strong academic and research record as it continues to support medical students during their training

Llandough Hospital Opened in 1933. It is a District General Hospital with 480 beds, located 5 miles from the centre of Cardiff, in Penarth. All major specialties are provided. Llandough Hospital houses the Adult Respiratory Medicine service for the entire Trust.

Llandough also has the longest single corridor in Western Europe and often our presenters and researchers are found wandering it!

In 2002, we first made our presence on the Internet by launching this Website. Started off by Graham Allen, and since Neil Bailey, the website has gone from strength to strength offering all sorts of information and news for our listeners at home and of course at the hospitals we serve.

As part of our 2002, 24 hour broadcasting launch, we invested in a play out system which broadcasts shows, songs and jingles to your bedside.

With all things technological, this never stops and in 2006 we refurbished our original studio and complex with the latest equipment to improve our service to you.

In June 2011, we opened our new studio at Llandough Hospital. During 2014/15 we expect Rookwood Hospital to be closed down, at which time our base will transfer to Llandough permanently. And so a new chapter in our history will begin…

Our philosophy is that when you are home feeling well you have your own choice of Radio station to listen too, as expected this is quality radio providing you with what you want from it.

We at Rookwood Sound aim to be as good as your normal radio station and try and surpass it where possible.

Being in hospital does not stop you from wanting the same things, perhaps even more so the little things matter when time lays heavy while a patient in hospital.

The difference is that we at Rookwood Sound take pride in doing what other stations cannot do and that is the personal touch by visiting you on the wards and playing your requests and dedications normally within a few hours of actually meeting you.

We at Rookwood Sound are very grateful to the work done by our founder members and I am sure that without their dedication and hard work we would not be as successful as we have been.

We are also fortunate to have an excellent working relationship with the Cardiff & Vale NHS Board.

Many of our presenters have gone on to work in the field of broadcasting and all have stated that Rookwood played an important part in that.  Hence, we also have a good working relationship with both BBC Wales and the Independent Local Radio stations and often you will hear Rookwood Presenters.